This is a post by Macy, a Year 11 student at ISL who completed a personal project « Social media stereotypes today » and wrote this post for our student magazine The High.

Being 16 years old and living in a time where social media is one of the most relevant and talked-about subjects, I’m no stranger to remarks from older people being made about me “always being on my phone” or how my generation “doesn’t experience enough because we’re so tied to our phones”. I’ve always gotten defensive whenever these conversations start, convinced I’m not addicted to my phone and that technology hasn’t become all I am. But what if I actually was right? What if social media hasn’t actually ruined our generation?

One of the biggest connotations social media holds is its effect on how teenagers develop socially and emotionally. Social skills are a key to everyone’s personality that vary drastically depending upon different experiences as well as genetic makeup. Social media, however, is not necessarily one of the factors which influence this part of our lives. There are a set of natural changes when it comes to social development. Friendships change drastically over the course of the four years we spend in high school. Following an interview I did with our high school counsellor, Ms Vivian, I learned more about these natural changes. When asked about the differences in social skills across the different years in high school, she responded “Friends and the notion of friendship goes from being based on activities and having fun together and doing things together, to more of a, almost like a family type relationship in which friendships are rooted in a connection and a kind of mutual support.”

She later went on to explain how this is mainly due to the end of high school and preparation for independence. It’s natural to rely more on the relationships you make in high school – you’re all going through the same, equally hard times. It is also because you start to distance yourself from your family as you prepare to be independent. During the initial two years of high school, like Ms Vivian said, friendships are based more on doing things together. There is a drastic difference between the intentions of friendships and rewards you get from them. However, the correlation of these differences and social media itself is very minimal, almost non-existent. The correlation with the use of social media is a different story. Studies have shown that excessive use of these platforms can lead to negative effects on relationships. This is also true for emotional development and the link to stress and anxiety as well.

During my interview with Ms Vivian, along with social development, she talked about the natural changes in emotional development. According to her, the biggest change is self-advocacy. While students in years 10 and 11 are much more reluctant to seek help and admit there’s something wrong or that they’re not feeling 100%, students in years 12 and 13 are much more motivated to feel better. She says this comes along with students, in her words, “wanting to feel better, wanting to have a good life.” While this isn’t meant to imply that younger high school students don’t want these things as well, it just shows how much of a difference there is simply with age. In terms of the connection with social media, it’s not necessarily the presence of social media which causes this, but the natural pressure people feel when using it. It enhances a need for validation almost all young people already experience but doesn’t necessarily cause differences with older high school students. However, this too is a matter of usage. The enhancement comes from more of allowing those social media platforms to have a large presence in your life. Therefore proving that social media isn’t a cause in itself, but more so the frequency of using social media. The same is true for stress and anxiety. While the idea that social media causes problems with mental health, it has been found that it is, in fact, the opposite. According to a study done by a group of researchers in Canada, people with depressive symptoms are more inclined to use social media more frequently.

While this all shows how social media isn’t the underlying cause for all things, there is still an impact on the well-being of teenagers and people in general. Social media is not bad. There are many positive effects it has on all of our lives; empathy, ability to make friends, speed of communication, building relationships etc. It is really a matter of how we use it. A study at the University of Oslo found that frequent and aimless use of social media can lead to increased narcissism and superficial relationships.

These are easy things to overcome though. Scroll with a purpose. The negative impacts occur when you spend extensive amounts of time scrolling through all of your social media platforms with no set intention. Ration your screen time. Social media is great when used in smaller and more reasonable amounts of time. But when is it too much? According to an article in the Huffington Post, cutting down to around 30 minutes a day will lead to a significant improvement in well-being. This is probably a drastic drop to what we’re used to spending on social media a day, some could almost say unrealistic. However, the same article also mentions that spending just slightly less time on social media than you’re used to will show decreased feelings of loneliness and depression. Social media is a part of our lives and will continue to be so. It is not something to be ignored or shamed or blamed for our issues. What it has done is revolutionize the ease in which we communicate, learn, and express ourselves. It is not the platforms which are at fault for any negative effects, but the intentions of the users. Put in its most simple form: we are responsible for what does and doesn’t affect us in both negative and positive ways. 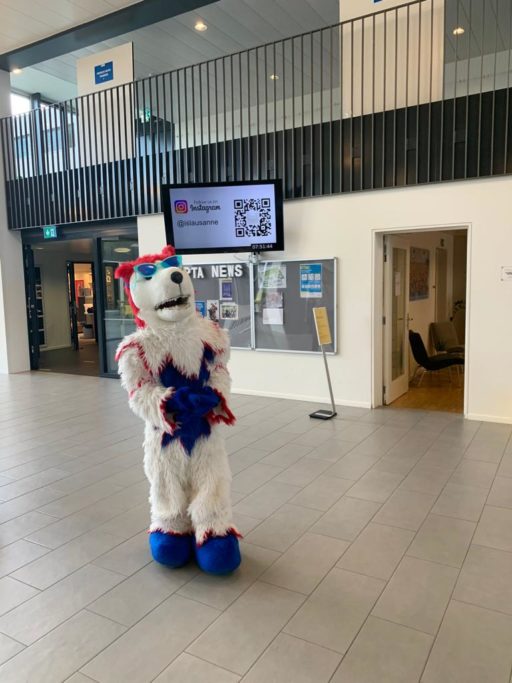 Say hello to our new logo 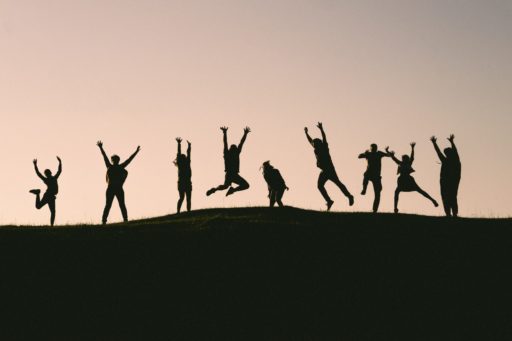