“Shaping futures with creativity, curiosity, and code” – A student-led Girls Coding Weekend at the International School of Lausanne 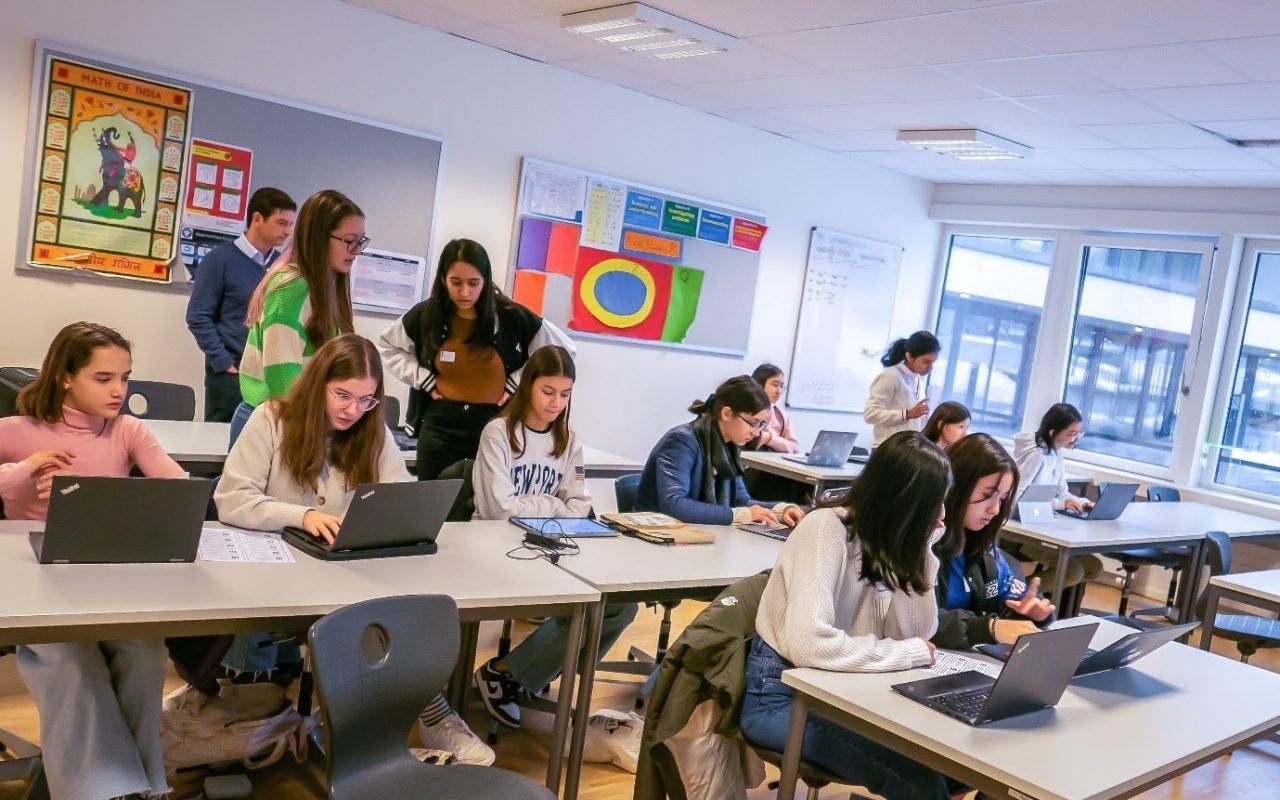 Google a history of women in coding, and you may be surprised, in light of the current gender disparity in science, technology, engineering and mathematics (STEM) subjects and careers, to discover that, in the early decades of computer programming, a large proportion of the coders were women. To learn more about the insidious social “norms” that led to the imbalance that we see today, Clive James’ New York Times Magazine article on The Secret History of Women in Coding is a fascinating place to begin.

Given the impact of the work of female scientists such as Emmy Noether, Ada Lovelace, and a host of others, to the STEM fields, in a world that increasingly needs intelligent, ingenious, and imaginative minds in order to tackle daunting problems such as climate change, and successfully navigate the place of AI in our lives, we cannot afford to let out-dated preconceptions about gender roles push girls away from the intellectual and impactful possibilities of careers in science and technology, engineering and mathematics.

As the International School of Lausanne’s own STEAM lessons in our primary school have highlighted, many young girls naturally emerge as leaders in STEAM projects, showing an inherent desire to solve problems with both creativity and logic.

And, in our secondary school, we are proud to see some of our older students taking the initiative with projects designed to inspire and empower girls to pursue interests in STEM, leading events from ISL STEM week to, most recently, a highly successful Girls Coding Weekend.

Mr Turland (Teacher of Computer Science and Digital Design), commended the leadership, vision, and generosity of the event’s student organisers: “The coding weekend really is a student run event. Whilst I support it and am present for meetings and so on, everything is coordinated and organised by the leadership team of Divya, Pavi and Louisa – from helping put together ideas for the day, organising external speakers, and even spending their own money to purchase prizes for the attendees. They commit so much of their own time to this project; it is incredible. They are the perfect role models for the young girls who attend, and I am very proud of what they have achieved.”

Keep reading to discover how the weekend went in the words of the event leaders themselves – the following article is written by Divya (Year 12) and Pavi (Year 13), with photographs by Louisa (Year 12) and Finn (Year 11).

Stepping in the doors of the International School of Lausanne on a snowy weekend last December, you would have dodged racing robots, spotted colourful pixel art, and joined thirty young girls on their first day as programmers.

The International School of Lausanne Girls Coding Weekend was an event packed with games, activities, and fun – all in the language of Python. Girls aged ten and upwards from over six schools in the Lac Léman region attended the workshops, which were conceptualised, put together, and run entirely by International Baccalaureate Diploma Programme students at ISL.

The idea came to life in September 2021, after a large number of students chose to enrol in IB MYP digital design – the precursor to computer science – but with a significant gender imbalance.

Coding weekend organiser, Divya (Year 12), reflects on the situation: “Mr Turland (Teacher of Computer Science and Digital Design) mentioned, in passing, that he had some thirty students signed up for digital design that year. I remember being so excited – until he mentioned that only seven or so were girls.”

At the same time as Divya learned about the shortage of girls enrolled, news resurfaced about the crisis in Afghanistan, where over three million girls are deprived of their education to this day.

In response, Divya and Pavi (Year 13) created a plan for a fundraising event that would address both situations: a girls coding weekend. The proceeds from the event would go towards the School of Leadership Afghanistan (SOLA), a girls’ boarding school originally based in Kabul and recently relocated to Kigali, Rwanda.

This ensured that something that would have a local impact – inspiring girls in Switzerland to take an interest in coding – would also have a significant impact internationally.

Planning the event took months of organising, sending emails, and preparing workshop content. The high school student team – consisting of twelve IB Diploma Programme students along with organisers, Divya, Pavi and Louisa (Year 12) – met weekly in order to coordinate all the fun-filled activities that were to come.

On the Saturday morning, participants were welcomed with a whirl of colours in the introductory workshop on pixel art. The course was fully adapted from the award-winning Swedish startup ImagiLabs, whose aim is to close the gender gap in the tech world.

The ImagiLab-based content covered beginner Python programming skills in a visual manner that appealed to the young audience. The girls also quizzed themselves with technical terms like “debugging”, writing good variable names, and the RGB colour system. Upon reflecting on the workshop, one participant responded, “I loved it!!!”

Motivated after a colourful and creative morning, the girls tuned into a video by ISL alumna Sofia Cornu, now a computer science student at the University of Cambridge, on her journey to love coding. Then, in the afternoon, the ISL student instructors took the lead with tailor-made Python coding workshops. Building on from the morning’s tasks, these workshops took the girls through a series of visual and text-based exercises, including a task with BBC’s MicroBit. To put the girls’ coding and critical thinking skills to the test, the day ended with a scavenger hunt around the school.

Day two on Sunday kicked off with a presentation on artificial intelligence and its impact on our lives in the future. Soon after, the girls took part in a buzzing robotics obstacle course featuring the Thymio Robot, an open-source educational robot designed by researchers from the prestigious Ecole Polytechnique Fédérale de Lausanne (EPFL).

The team challenge involved drawing lines and shapes, racing against one another, and following track lines. After zooming around the school building with their four-wheeled devices, the girls enjoyed a cupcake break.

The event concluded with a fun prizegiving session, with the event organisers crowning a team the “Thymio champions”, as well as announcing the three Coders of the Weekend! The prizes included BBC Microbit, coding-themed tote bags and an ImagiLabs bluetooth pixel charm.

Ultimately, the success of the coding weekend was twofold: firstly, over 420 CHF was raised, which was externally matched to reach a doubled total of over 840 CHF towards Afghanistan’s School of Leadership; and, secondly, on the impact it had on the group of over twenty girls who participated: the ISL organisers were delighted to see how inspired the attendees were by their learning, as they continued to create pixel art in groups over lunch break, sought out more programming resources, and even purchased Thymio and the Imagi charm to explore on their own.

We hope that the International School of Lausanne Girls Coding Weekend is only the beginning of a programming journey for the young women who took part. The event would not have been possible without the dedication and resilience of the ISL student team, Mr Turland, Mr Markus, or any of the participants. In combining creativity, curiosity, and code, it is truly an experience that gives girls the opportunity to shape their futures. 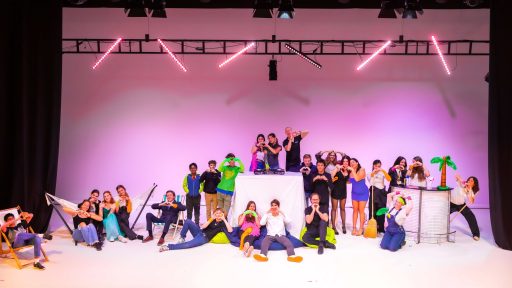 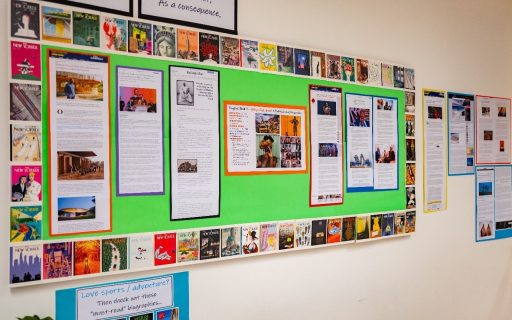 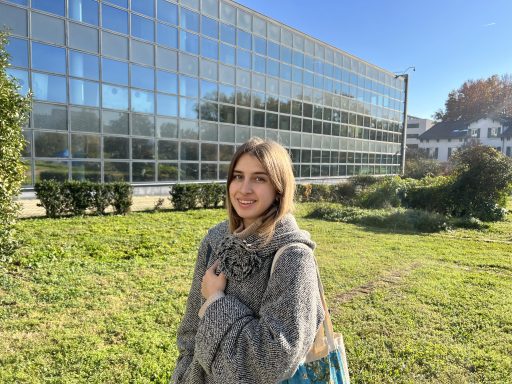