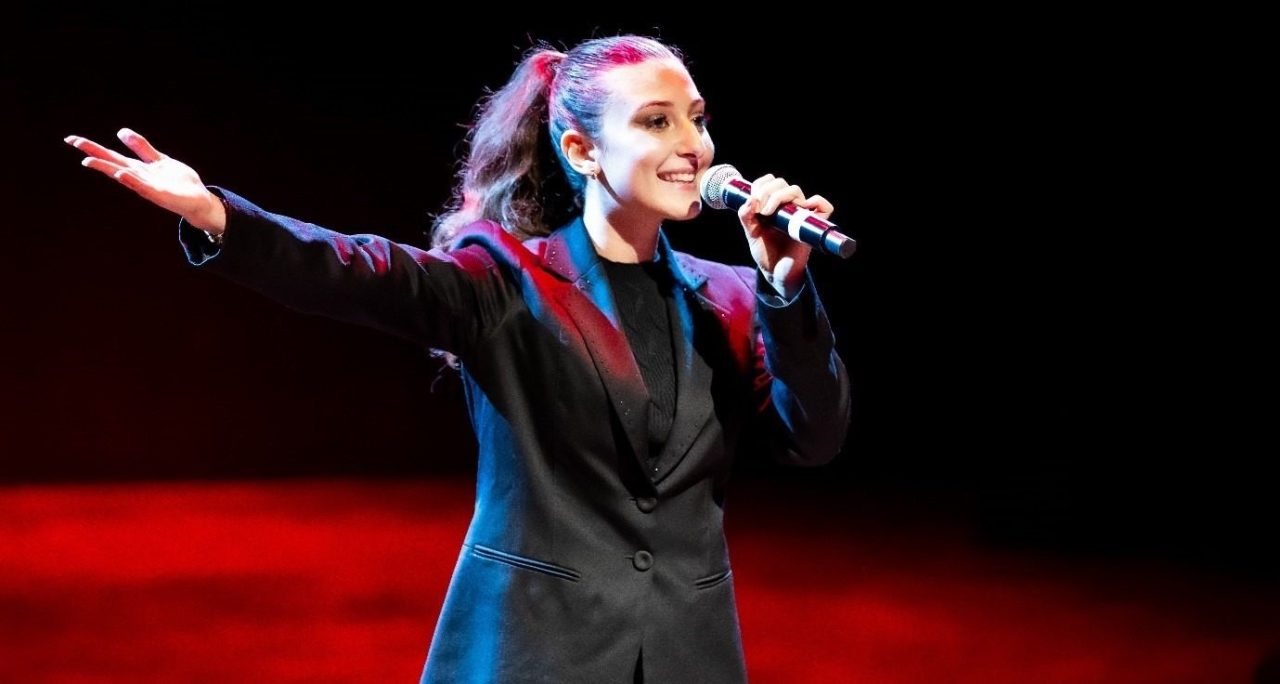 The International School of Lausanne’s French theatre group, Les Frogs, wrapped up our summer term with their brilliantly entertaining play «Game Over / Replay». Performed by students in the French Literature International Baccalaureate Diploma Programme, and a further team of talented musicians, actors and production crew, the audience were treated to a spectacle of witty French dialogue, moving musical performances, and dazzling dance routines. Read on to discover more and for a gallery of the play.

One of the highlights of being a student in a school in which bilingualism is an important part of the culture, is the opportunity to take part in a dramatic production performed entirely in French. And what a production it was!

Taking place over two evenings on the last week of the summer term, the performances of Game Over / Replay were the culmination of two months of intensive preparation and rehearsing by the play’s talented and dedicated cast and crew, delivered to a packed-out audience.

“Les Frogs” student theatre group, led by Mr Fazan (Head of Modern Languages Department), had created a cleverly constructed show in which a series of vignettes playing homage to cult and classic French films and theatre were framed by an overarching battle between God (a layered performance by Les Frogs’ new president, Divya, Year 12) and the Devil (played with fabulously devilish relish and swagger by Year 12, Azul) in which they seek the answer to the question: Are humans good or evil?

The resultant ninety-minute battle for the souls of humanity was a visual and auditory sensation: in the ISL auditorium’s state-of-the-art control booth, Mr Capes (Audio Visual Technical Coordinator, Operations) and his student production team created magic with the show’s sound and lighting, alternately complementing the cast’s infectious energy in witty comic sketches and compelling dance routines, or striking a note of pathos with the play’s more poignant musical vignettes.

An electrified audience, revelling in the actors’ and musicians’ talent and gusto from the get go, were particularly galvanised by the play’s collapsing of the fourth wall, in particular during the pastiche of Romeo and Juliet’s famous balcony scene. Throughout the auditorium, ISL students, staff, friends, and family, swung round in their seats to follow the movement of the actors throughout the audience.

And while the wit of the rapid-fire French dialogue was often too quick for those but the fluent to follow, the actors’ flair for physical expression and humour consistently kept their audience gripped. With a nod to French New Wave cinema’s characteristic jump cuts and non-linear structure, the action zipped by in a heady montage of humorous speech-centric scenes, compelling musical performances, and dazzling dance sequences.

Quite simply, Game Over / Replay was over all too soon.

To misquote the famous line from the sixties classic, La Guerre des Boutons – «Si j’aurais su, j’aurais pas v’nu!»– as I left ISL’s auditorium still buzzing from the spectacle, I was glad that I had known about the play, and I was very glad that I had come!

On the creation of Les Frogs theatre group…

Fifteen years ago, a few students asked me if we could also do a play in French. I had never directed a play, but I thought why not. Over the years, the French play got more popular and more ambitious, while still maintaining their energy, sense of humour, and the provocative touch. This year was really an exciting experience because we created the play, found a concept and gathered bits and pieces, funny texts and moments from famous plays, films, and stand-up comedy. (Mr Fazan)

Some of the roles we play in the performance are based on novels we’ve read in class, so it really helps to understand the character and how to play them based on their personality in the story. For example, in Higher Level literature, we studied the play “Art” by Yasmina Reza, where we meet the characters that we play, Yvan, Marc and Serge, which really helps us to play them as they were written in the text. (Layane, Year 13)

The students were especially motivated and independent. I told them that if they wanted to perform the play in two months, we would need to be proactive. Most of them knew their lines for the first rehearsal. The only challenge was sometimes to stop laughing when rehearsing and be serious again. It’s very serious to make people laugh. A small detail, and you lose the laugh. (Mr Fazan)

Learning the lines on time and being present to the rehearsal wasn’t always easy for everyone, but Mr Fazan did everything he could, right from the beginning, to help us organise ourselves by always giving us clear instructions as well as a specific rehearsal schedule. (Azul, Year 12)

On the most memorable moments of the whole production…

I love when in rehearsals, we find crazy ideas, then have to dim or cut them at the next practice, because it was actually just funny at the moment! The students are very honest; especially this year, they always tell me when they think that something is a bad idea.

The relationship with students is very different when you direct an ASA (After School Activity), compared to that of normal lessons. The fact that I can be their director and their teacher makes the experience very rich for us: it’s great to work together in another context.

At the beginning, I didn’t have any idea about how to stage the play; it has all come together by watching the actors, and improvising with them. I love when I see something good – a small gesture, just a look – to catch it and then make sure this will be used in the scene.

I love most of the practices – they are very fun. I feel like I am ten years old; I guess that’s why my plays are not maturing with time!  I also love to see when suddenly an actor is getting good. Sometimes you can see the magic, something real happening between two actors.

I don’t care too much about the real performance; it is really about the process. Most of us, myself included, are pretty bad to start with. It’s an amazing experience to see a play growing. The actual performance is really just the cherry on the cake. But it’s a cherry that students will remember forever. And I love when our former actors come back to be a part of our audience.

Over the years, many students have told me that their experience with Les Frogs was one of their most enjoyable and most memorable times at the International School of Lausanne. (Mr Fazan) 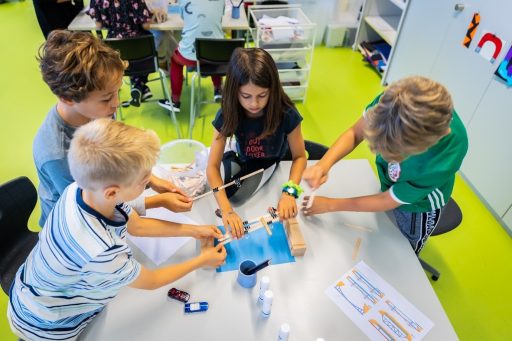 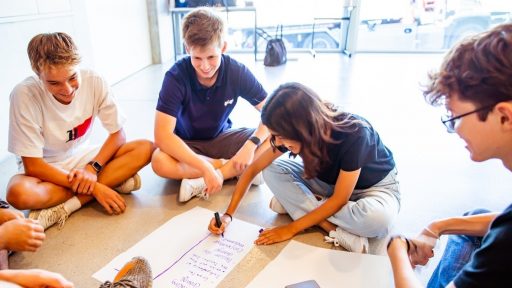