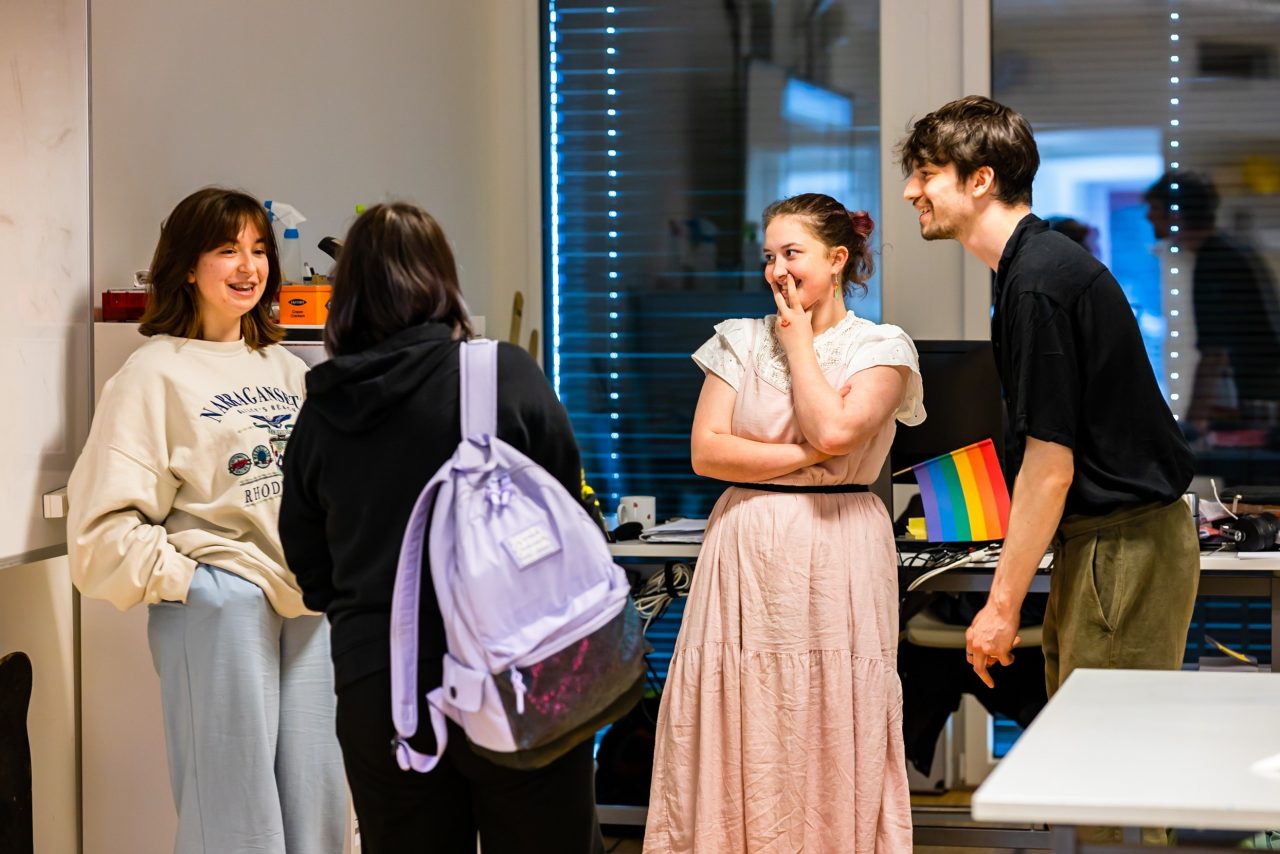 As part of our recent “off timetable” day of workshops on sexual education for our Year 10 and 11 students, we were delighted to welcome the poet and filmmaker Sean Lìonadh back to the International School of Lausanne in order to deliver a workshop on Diversity and Inclusion. Lìonadh, whose visual poem Time for Love went viral in 2018 with over three million views and counting, has previously visited ISL to lead poetry workshops described by the International School of Lausanne students as “inspirational” and “amazing”.

Year 11 student and ISL Pride Alliance member, Alice, reflected that Sean’s workshops on Diversity and Inclusion were “valuable for offering a different perspective”, and for Lìonadh’s refreshingly frank manner. In his mid-twenties, Lìonadh relates to teenagers with empathy and down-to-earth humour, and talks about his own struggles with coming out as gay with brutal honesty: “I wished my parents were dead, so that I wouldn’t have to tell them.”

His workshops encouraged the Y10 and Y11s to take part in conversations on several important themes, with the students first discussing the societal structures that create and consolidate homophobia, and then going on to share their own experiences of being on the receiving end of homophobic microaggressions, and standing up against these – whether for oneself or for one’s friend.

Lìonadh also spent a lunchtime with the members of the International School of Lausanne’s Pride Alliance Service Group, showing them one of his award-winning short films, and taking part in a Q&A session afterwards.

Teacher of English and one of the event’s organisers, Mr Ivett, condensed the myriad strengths of Lìonadh’s workshop style and structure into a few words: “A reminder of the power of stories to create empathy towards people who are different from us.”

Read on to learn not only a little more about Sean’s story, but also to discover how the International School of Lausanne’s MYP English Literature curriculum gives our students the opportunity to express themselves and criticise injustices through poetry…

In Scotland, back in Spring of 2018, a slender young man walking through a Glasgow park reached out and took the hand of the person he was with. In love, it felt right to intertwine their fingers as they strolled beneath the budding trees.

In Switzerland, back in Summer of 2021, two teenagers walking through the streets of Lausanne, one of them wearing a rainbow-striped Pride hat, stopped to banter with a couple of guys standing outside McDonalds. “Can we have some of your fries?” one playfully asked them.

What happened next in each situation exposed the disturbing dichotomy that exists between the law and the heart in two progressive countries that ostensibly support and celebrate diversity.

In Scotland: “I’ve got nothing against gays,” hissed a woman’s voice “But do you have to do it in front of my kids?”

In Switzerland: “You can have some,” was the response. “But your friend in the hat can’t.”

These seemingly small acts of hatred and intolerance are examples of the kinds of micro-aggressions frequently suffered by people in the LGBQT+ community.

Poet and filmmaker Sean Lìonadh compares them to mosquito bites.

“One isn’t that big of a deal. But the more you are bitten, the more painful it gets, and the more frustrated you become, and then there’s a bite that makes you explode in anger, and everyone around sees it as an over-reaction, not appreciating the accumulation of bites that has taken you to that place.”

In Glasgow in 2018, however, Lìonadh didn’t react to the mother’s homophobia with an angry explosion. Instead, he picked up a pen, and wrote a poem.  In “Glasgow, March 2018”, he states in its concluding lines, “You’d think / it was just about time / for love.”

In a deceptively dense poem that delves into different resonant themes in a compelling naturalistic style that, combined with the realism of the filmmaking, feels like a spontaneous, from-the-heart riff responding to the characters and looks and sensations of the moment, Lìonadh’s closing sentence is a masterclass in powerful simplicity.

Its message is echoed by the countless comments below the video on YouTube, recognising and reiterating the sentiment at the heart of the poem. Here are just a few:

“Love is love, we should all know it by now.”

“I saw this video last year but my level in english wasn’t enough to understand what he was saying. So I try to improve my english skills as much as I can and a week ago, I found this video. Again. And I watch it. Again. And I cried. Because this time I understood. This is for me the more beautiful video of YouTube. Thanks for making it ❤”

“I remember when my little sister got so confused when we saw something with two girls kissing.

“The anxiety I have when I just want to kiss my boyfriend when we have to go. I find it more stressful as we are both just 16 and the looks me and him get makes it uncomfortable to hold hands or kiss. But now, I won’t let anyone stop me. It’s 2020 now, let me hold hands and kiss my boyfriend if I want to without you judging me. Thank you❤️”

“I want to send this to my friend. I don’t know how she’ll react. I’m so scared. ‘Normal’ is not a thing. No one is normal. We are all different. People care so much about who we love, when it doesn’t affect them at all.”

“Ok lemme explain. In paris when i was young like eight or nine years old I saw two women violently making out in a train station and I stared at them, because I was curious and I didn’t know women could kiss each other. I knew that it was possible and that I wasn’t alone from that point on. So thank you, PDA lesbians from Paris.”

Perhaps one of the most striking aspects of Time for Love’s YouTube page is that for a video which currently has over three million views and nearly three hundred thousand “likes”, there is not a single “dislike”. It is a hopeful reminder that love begets love.

Like Sean Lìonadh’s response to the hatred shown him in the Glasgow park, in Lausanne in 2021, the teenager, International School of Lausanne student, Aidan, didn’t react at the time to the casual homophobia expressed towards his friend in the Pride hat. But he couldn’t forget what had happened.

So when Aidan, along with the other students in his Year 11 English Literature class, was asked to write a “poem of protest”, a poem in which the students were asked to use their voice to speak out against an injustice, Aidan knew that he wanted to write an appeal for a world in which equality is truly experienced by all, not just theorised by law.

Inspired by another real-life incident of homophobia, Aidan wrote a poem entitled The Bus, adopting the voice of one of two lesbian women who were beaten up on the bus home from a night out in London. In Year 9, English students at the International School of Lausanne explore a range of literature with a Unit Statement of Inquiry exploring how encountering different perspectives develops our empathy.

The pithy observations and controlled anger in the voice of the poet of The Bus distils that empathy into an authentic experience, truly felt by the members of the Year 11 English class when it was presented to them as a video audio, simply showing one image throughout the delivery – the photograph from the BBC News website of the two women on the bus, clothes and faces spattered red with blood.

“It was a particularly intense moment in the classroom,” recalls their teacher, Ms MacLeod. “The students had delivered, both in person and in video, a range of strong poems on issues that mattered to them, and these had received positive and thoughtful feedback in our peer evaluation discussion. But during The Bus, it felt like the whole room was holding its breath. When it finished, you could feel the collective exhale.”

Like Time for Love, the speaker’s observations show the destructiveness of hate, before ending the final stanza with two questions that echo the closing sentiment of Lìonadh’s film.

“On the shaky floor, pools of blood create.
The pain of the packed punches plowing into our stomachs;
the blood dripping from lips and noses.
I think to myself, when will we be equal?
When will we be treated the same?”

On the soundtrack of Time for Love, as Lìonadh punctuates the poem with references to the passing time in the park, a clock ticks, counting down to the titular moment. A poem written by an International School of Lausanne student two-and-a-half years later ends with the same message.

We have not yet reached a time when love can simply be, when all that matters is the “beating heart” that feels it, not whether it is between a boy and a girl, two girls, or “two boys in a park”.

But by instilling the values of inclusion and equity in every child who goes to school, and teaching them to use their voices to challenge injustice, that time will come. 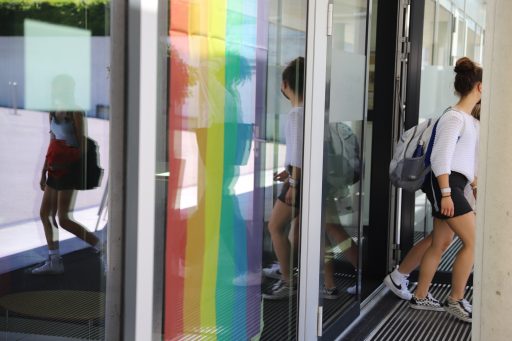 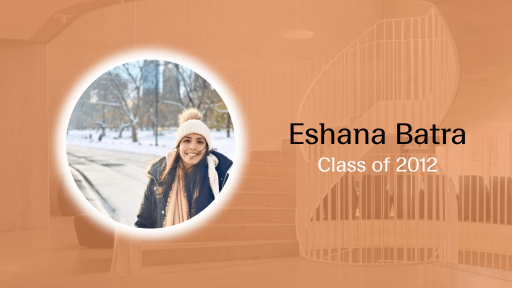 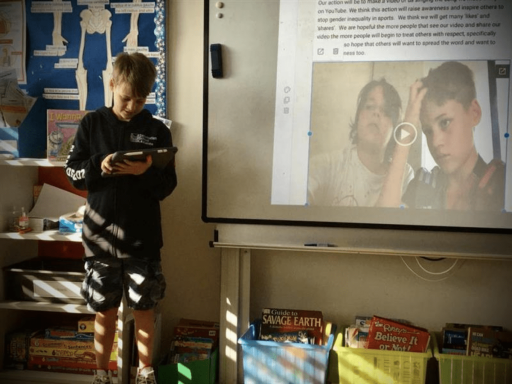